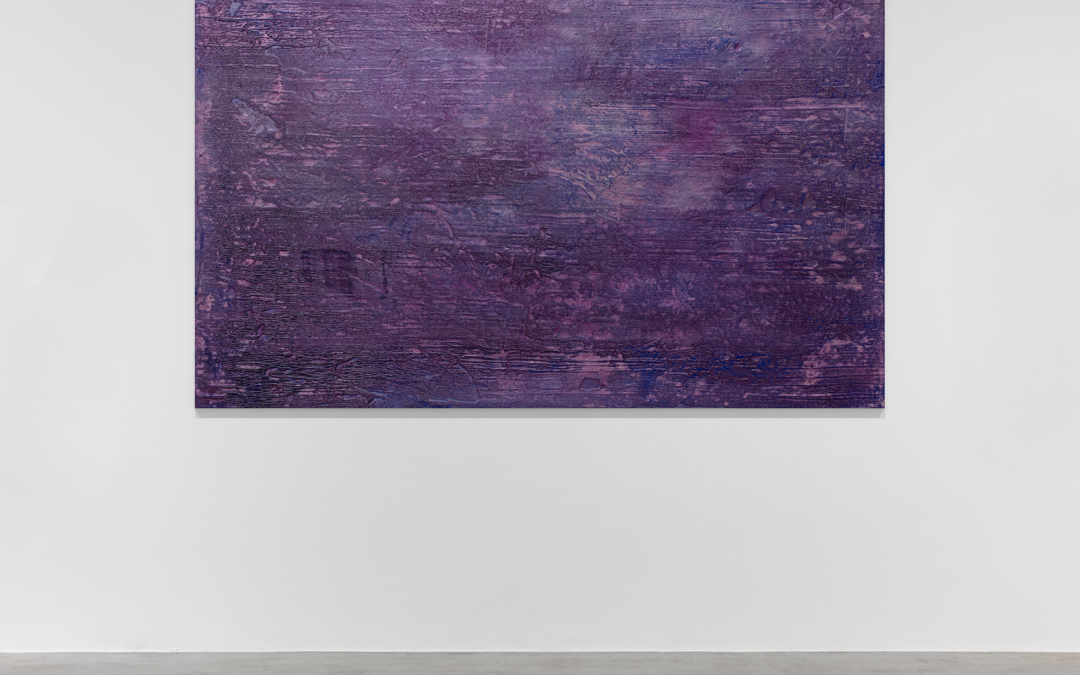 Pablo González-Trejo is a Cuban-American-French artist living and working in France since 2007. He started creating artworks with intimate visions on what makes up identity and today his paintings connect to the infinite via entropic abstract natures. He unconsciously disconnected himself from any Cuban and American ghetto like communities to be able to observe them with detachment, he has individuated himself and his career. Individuating oneself means stepping over into solitude, into the cloister of the inner self. Inner adaptation leads to the conquest of inner realities, from which values are won for the reparation of the collective. This perspective gave way to one intimate performance with his family where they were invited to deface socialist icons and where the main results were healing and the beginning of Defacing art project.

Between 2006 and 2013 Pablo orchestrated and realized his Defacing art project. Social performances with different communities took place in contemporary art centers in Miami and Paris where the public was invited to deface or erase paintings to create new memories and relations towards political icons. The objective was to force the collective to face demons and social stereotypes set about finding ways to sabotage the artworks, to undermine this notion of a singular context and a singular dialogue between art and the spectator.

From 2010 on he believed on the concept of being a Radicant as theorized by Nicolas Bourriaud. He imagined the artist that builds roots in many places and keeps on building them to connect to the rest of the world while experimenting with the limits of art where capital modernism amounts to a form of complicity with colonialism and Eurocentrism. His unique and continually evolving artistic practice, which variously incorporates video installations and performances, has persistently defied the status quo. His research for recouvrement continue during the last few years of his production where works comprises a canvas cloaked in a thin or thick layer that obscures the painted surface below.

Since Pablo started painting, he has developed a powerful and singular body of work, which constantly questions the very practices of painting. He tried to capture a singularity in paintings by seizing the relationship between the sensible world with nature in the larger sense and the collective memory on which we all base our identities.

With his graphite paintings, there was a hope for a landscape, a primeval forest represented to explore the identity of our civilization but it ended up being the aura of an entropic landscape. It was orienting us to nature, to the cosmos, the unmeasurable, something that seems close, something far, something infinite.

His last figurative subjects were forests and landscapes of wild hills. Landscapes drawn or painted on the pattern at the hills of Andalusian Spain, or Korea’s wild landscapes, as well as imaginary forests made with graphite pigments where representation started to fade naturally. The line is supported, the tree trunks are drawn and organized in their multitude, shrouded in the darkness of the material. Thus, in the beginning, there is the line, the drawing, then the jet, the splash and the spreading of the graphite powder which is placed as a veil of constellations on the drawing. Everything is matter of stratum, recovery and erasure. The work bathes in the darkness and the black silvery glow peculiar to graphite, revealing depths and abysses. If sometimes the suffocation is not far, it always remains a window for the apparition; the gaze finally penetrates the game of overlays to reach the depths of the forest. It is this confrontation of perception and subject that may lead to the sublime.

There is here in his artworks something to do with the origin, a state of the natural world. As he progressed on his research and with each subject he painted, he scrambled all representational codes and all direct gesture on the canvas. Today the canvas is painted by using a cumulation of techniques where no brush or palette knife is used to apply paint. A fascination for pure color, ancient pigments related to art history and just the brilliance of the pure pigment. He experiences transparency, especially in blues and purples defining the undefined spaces. For him to paint is to live the vibration of color, in pure retinal enjoyment.

It is about surfaces, depths, thicknesses, vibrations, erasure and transparency. Through a juxtaposition of layers of pure pigments and for the sake of just thinning colors, his paintings veer to express the idea of an infinite and multiple universe. From canvas to canvas, we perceive his quest for purity and pictorial absoluteness. If he travels between figuration and abstraction, the goal is always the same: to touch the Ether. The Ether as a celestial space in the air of absolute purity, the Ether vibrating under the influence of a light source.

Pablo’s artworks deliver “all the knowledge that is not of the senses, not of the intellect, not of the heart but is the property that exclusively belongs to the deepest aspect of our being… the knowledge of our spirit.” For Pablo Nature is called up in memory form at the studio with the hope of revealing a pattern of everything. These works do not escape the references to the cosmos, the universe and its unfathomable immensity. There is a voluntary pleasure to work with the materials concretely and a desire to represent the unrepresentable. It’s also much about colorful emotions: the superposition of layers of pigments act as a prism that refracts and reflects the light or conversely that seems to polarize it. The canvases change color significantly depending on its orientation to light. So we can if we so desire believe that some colors are probably only views of the mind.