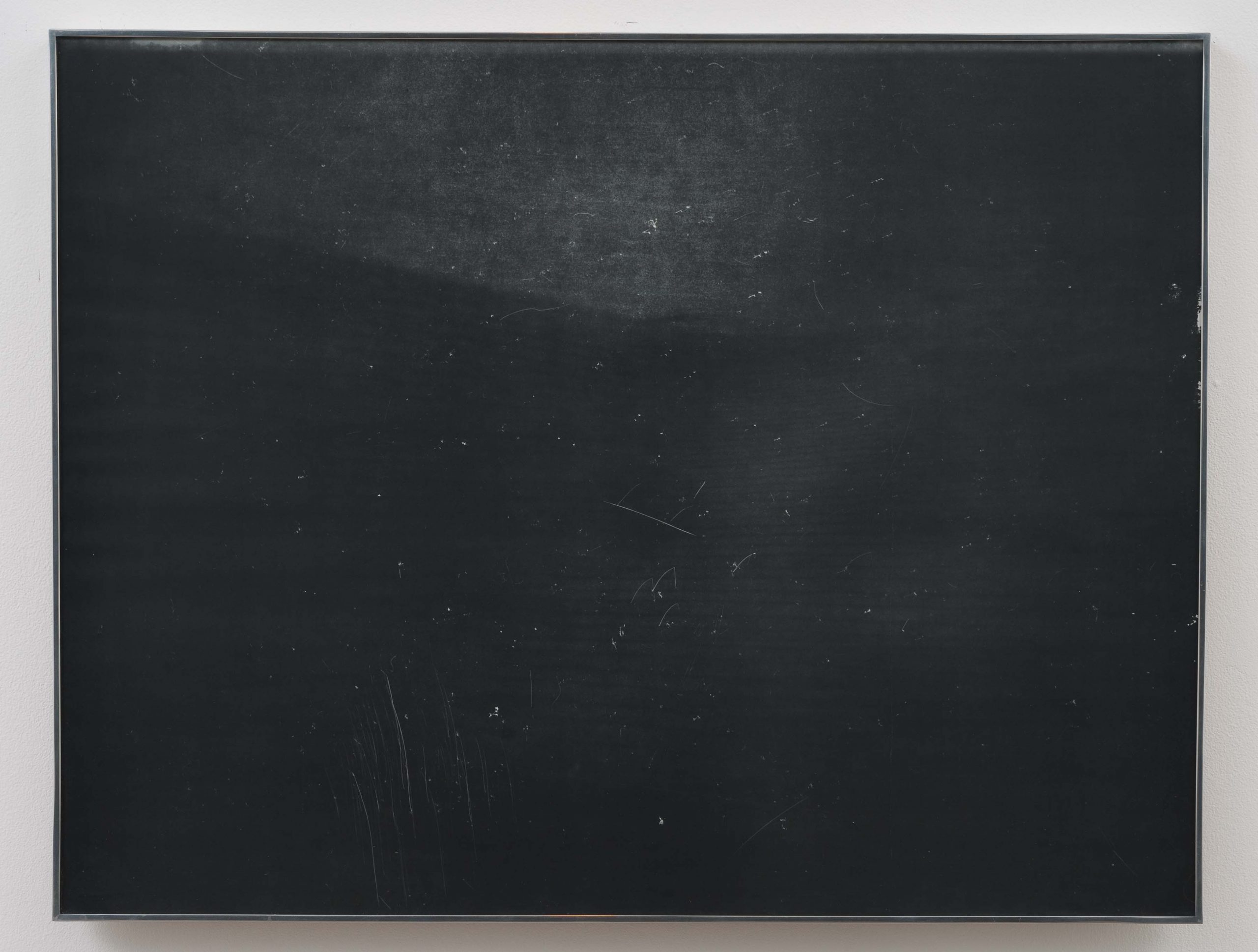 In the early 80s, Rosalind Krauss launched a theory about 70s art that seemed to say it all: 70s art was built on the photographic model, she said, it was indexical, tracing a ground rather than representing it. Had the work of the late Californian artist Robert Overby (1935-1993) been better known at the time, it might have served as a prime example of her theory – that is, in purely formal terms (the formal terms often lie in wait behind Krauss’ more explicit attacks on 50s formalism). – Ina Blom

The first piece in Robert Overby: Absence as Presence: Trace, Erasure, Eradication and Lack is an acrylic portrait John Lennon’s Head 16 May 1970. But the real question in this exhibition has to do with Robert Overby’s head. What was going on there? The show at Marc Selwyn Fine Art through April 11 will raise more questions than it will answer, which is exactly as Overby would have wanted it. – Hunter Drohojowska-Philp